In December 2010, a painting was purchased for Mahockney at River Run Antiques in Fredericksburg, Virginia. We believe it to be a portrait of John Tyler, painted in the period during which he served in the U.S. House of Representatives (1816-21), before he became Governor of Virginia in 1825, and well before becoming President of the United States in 1841. 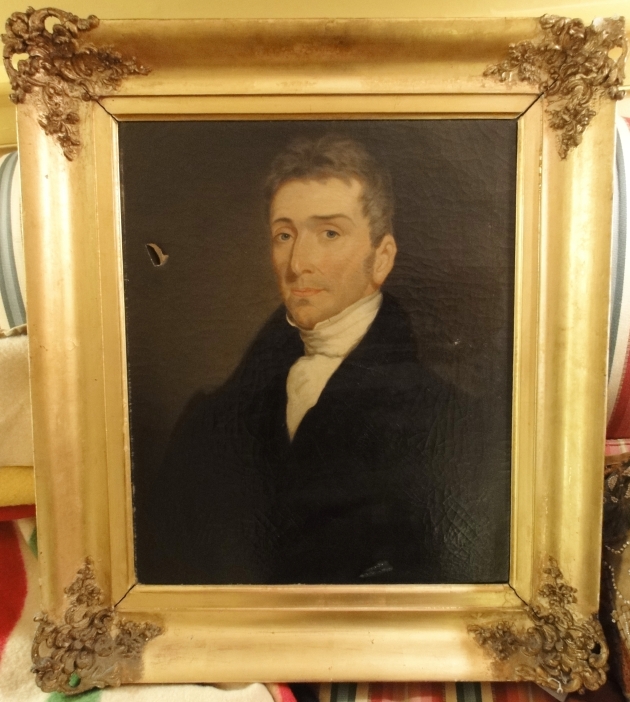 (Note: The portrait has a small tear visible in the upper left quadrant, not affecting the subject; the frame’s top-right ornament has one small element chipped off. The painting and frame are in excellent condition otherwise.)

There are special Tyler connections for Mahockney: Spencer Roane (born here in 1762) was a close friend and protégé of Tyler’s father, Judge John Tyler, serving with him both in the Virginia legislature and on the General Court at the time the younger Tyler (portrait subject) was born. In 1793 Judges Roane and Tyler together established key foundations of the concept of constitutional judicial review in the celebrated case of Kamper vs. Hawkins (which later bore heavy influence on the U.S. Supreme Court and its Chief Justice John Marshall). Roane was a frequent visitor to the nearby Tyler plantation Greenway (later renamed Sherwood Forest), and it is possible that Tyler senior and junior visited Mahockney as well before Roane moved to Richmond. Roane was on the Virginia Supreme Court while young Tyler served in the House of Delegates. Thomas Jefferson wrote in 1810 to the senior Tyler that, in retirement, he was leaving profound questions of law to Judges Tyler and Roane to pursue: “It is now 37 years since I left the bar, and have ceased to think on subjects of law; & the constant occupation of my mind by other concerns has obliterated from it all but the strongest traces of the science. Others, I am sure, can be found equal to it, and none more so than Judge Roane.”

So a Tyler portrait hanging in Roane’s birthplace would be appropriate. There is no visible identification of the portrait’s subject, no plaque or label on the frame or reverse, 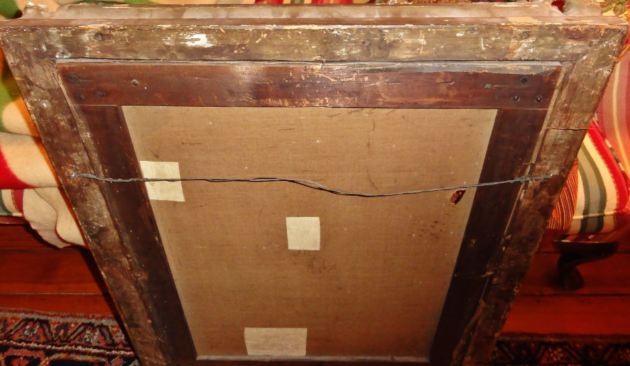 although there is an apparent darkened rectangle on the reverse side, centered in the top rail, approximately four inches by one inch; it may have been the site for a label originally, now fallen off and lost. But see this page for the conclusion that the subject is John Tyler, Jr.

Who’s the artist? The painting is unsigned (no visible signature on the painting, the 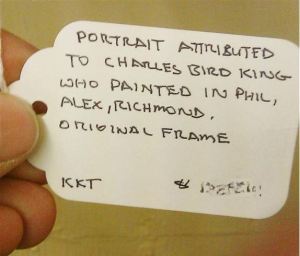 frame, or the reverse). But when purchased, the painting did bear the tag (right) from the gallery, attributing the work to one of the nineteenth century’s foremost American portrait artists, Charles Bird King.

for research and information suggesting that the painting is a previously uncatalogued portrait of John Tyler, 1790-1862, Governor of Virginia (1825-27), U.S. Senator, and tenth President of the United States (1841-1845).